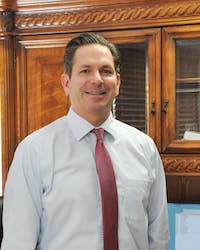 Patrick served as the Physical Therapy Consultant for the Pittsburgh Pirates from 2002 to 2006. He has been an Adjunct Faculty Member at Duquesne University’s School of Physical Therapy since 1999. From 2008 to 2016 Patrick was the President and CEO of Tri-Care Home Care, Inc. Patrick is a lifelong resident of the South Hills. He grew up in Brookline and attended John A. Brashear High School. Patrick and his wife Lisa presently reside in Bethel Park. They have two children, Tyler and Nicholas.