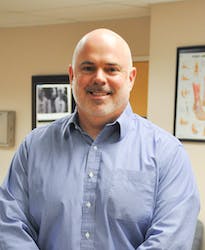 Mark is a graduate of Seton LaSalle High School. He resides in Peters Township with his wife Mary, and their three sons, Jacob, Joseph, and Matthew.